I know that i have talked about how amazing my friends are before, but its honestly the most incredible thing i have ever seen. My friends are some of the most extraordinary people in the world. I feel so lucky to have such caring friends, and from some reason today i was thinking about all the time they spent with me in the hospital.

My room was generally a crowded place, but the one on one time i got to spend with my friends was always the best. One night nearing the end of my hospital time i had about 11 people in my room including my friend Jill. Slowly throughout the night people started to leave but Jill stayed until every single person was gone. Finally once it was just the two of us we walked downstairs to the cafeteria. We had small talk for about 30 seconds before she asked me “so how are you really doing?” i was immediately in tears, i was scared, and it was getting really hard to stay strong 24/7. I looked up and saw tears running from Jill’s eyes, she said “this kind of stuff doesn’t happen in real life.” We were both just silent for a bit. I knew she was taking this really hard from day 1, but you would never know, she is one of the strongest people i know.

For the first few days after my tracheotomy i wasn’t able to talk, so it was a shock when people visited again and i was talking. My closest friends from school came at lunch to visit me one day, and for my friend Sydney this was going to be the first time she heard me talk again. At the time i didn’t realize Sydney didn’t know i could talk, so when i saw them coming into the room i quickly said hey. Sydney burst into tears, but smiled at the same time. This girl has the biggest heart out of anyone i have ever known, and i don’t know what i would do without her in my life.

Last night we got a pretty big snow fall so the roads were pretty messy, but that didn’t stop my sister and I’s best friends from camp come all the way from aurora. I guess thats what got me stated on thinking about how amazing all my friends are, and how extremely lucky i am.  The Reddicks (our friends from camp) have been family to my sister and i ever since we met in 2006, and they have basically moved in since i got home. One of our traditions is Wing night, and even though i’m sick, there was no way we were going to miss out. I had been thinking about wing night ever since i got the go ahead to eat after the tracheotomy, and it meant the world to me that the moment i said i was up for it everyone came over for our Wing night.

2 Allison’s plus 2 Reddick’s = an Allisdick 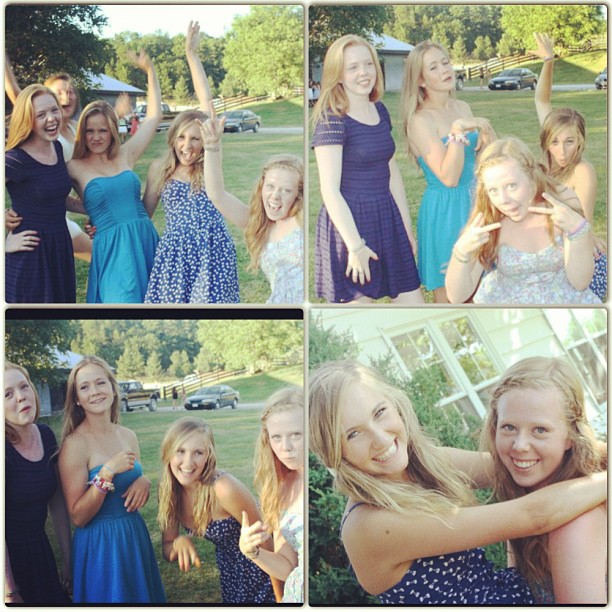