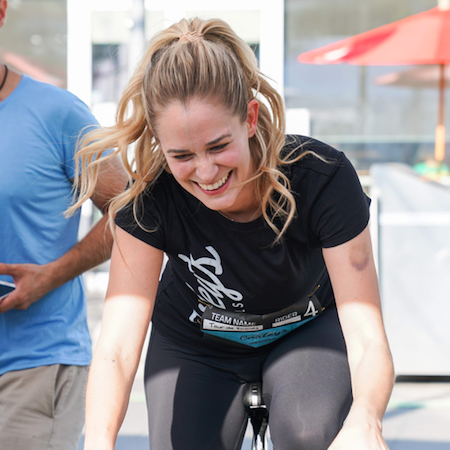 Throughout my life, I have been known as an outgoing girl – the girl with a million hobbies, though perhaps more so as a fearless little girl. From a very early age, I immersed myself in almost every after school, and sometimes before school, activity. I practiced ballet (along with a million other styles of dance that never stuck); I was acting (I begged my parents to let me); I was taking piano lessons, and I was an avid figure skater. I began taking skating lessons when I was three because my big sister – my hero, was taking them. She was graceful and elegant; her ability was incredible, and I wanted to be just like her. As time passed, my sister, who is ten years old than me, left for university in Montreal. Nevertheless, I continued to skate, even without her to look up to on the ice. I quickly traveled up the ranks, joined an incredible synchronized skating team called the “Ice Clamations!” and before I knew it was skating at five-am three times a week, six times a week after school, and on weekends. I was even teaching three-year-olds how to take their first strides. Then, when I turned twelve, I got accepted into the National Ballet School of Canada (NBS). Going to school there was like being in an Olympic training program and soon, my hours formerly spent on the ice were spent practicing plies and tendus in the studio.

When I graduated from the professional program at NBS, I realized that the thing I wanted to do most was act. No matter the platform or the practice through my many years of performance, nothing captured my heart more than acting. So, at 19 years old, I found my way back into the world of acting and began auditioning for film and television. I was lucky and I had immediate success. I booked a movie, and then a recurring role on a TV series, then another movie, and another show … until suddenly, nothing.

Looking back I realize that being in this position was so difficult for me because I felt so powerless – powerless to change my fate. Unlike ballet, or skating; no matter how much I trained – there were no competitions. No guaranteed annual showcases or performances. All that remained was me, and the realization that I was jobless. I was not performing and I didn’t know when (or if) I would ever perform again. The next few years were really tough. I went back to school to study film at the University of Toronto. I got a job working at a bar and I did everything I could to make myself available for auditions – auditions that nobody was offering.

Then I went to Los Angeles ‘to make new contacts’, I told myself. Shortly after that I moved to Vancouver, but that didn’t work either. I was steadily doing one project a year but it felt like nothing was really coming together and perhaps I was going to have to find a new direction. I started a production company with a friend while simultaneously working for another production company in Toronto. I was doing everything from craft services to driving executives home at the end of the night and although I was grateful to be learning, and creating, I felt like my dreams had been crushed. I was working 4 jobs to keep myself afloat and I was barely sleeping so finally I offered myself an ultimatum. I had enough money saved to survive for three months so I quit my jobs and told myself – ‘You have to face the music. This is either going to work or it’s not. From this point forward, you have three months to book a job or you are officially quitting acting’. I know that’s a pretty dramatic timeline but I’d pretty well given up and once I’ve made up my mind about something – that’s it; it’s made up.

About a month or so into my leap of faith I got an audition. It was for a movie called “Kiss & Cry”. It was about a young woman named Carley Allison, who at 17 was diagnosed with a rare and terminal cancer. Cancer ultimately took Carley but while she lived she did so with the most positive outlook and ensured she spread joy in everything she touched. My aunt had just died from cancer and upon reading the script, I was touched. I cried, I laughed, and I felt inspired to be better. I knew somehow that this script, this story, was going to change my life, I just didn’t know how. I went into the room to audition for Riley Allison, Carley’s strong, smart, and wise beyond her years, older sister. Across from me was Sarah Fisher – a girl I had heard about but never met, and Sean Cisterna, the director. I introduced myself and began the audition when something unexpected happened – Sarah and I connected. We were in the moment. The fear we were experiencing – the panic and the resulting laughter of the scene, they were all real. I felt it in my gut that at that moment my only job was to keep her safe. The audition room disappeared. I was so happy with how the audition had gone. I thanked them both and left. I went home, shaking, and with renewed excitement I remembered why I loved acting so much, to begin with. Kiss & Cry had given me hope.

Then I got a call – I booked the film! Somehow my need for proof, for a sign, to show me that my dreams had weight – arrived, and it came in the form of Carley Allison. Carley Allison, the girl who refused to give up; the girl who knew that dreams do come true and that learned love knows no boundaries. That you always have a reason to smile. Carley and her family, Sarah and Sean, answered my desperate call for direction. Filming the movie was one of the most incredible experiences I have ever had. I truly felt a part of something. Something that mattered. I was so grateful for the opportunity to be a part of the film but what I didn’t expect was how much everything would change for me after.

About a year after the completion of the film, Riley asked me if I wanted to become a part of the ambassador program for Carley’s Angels, to which I immediately responded with a resounding ‘YES!’ The hope that Carley’s story gave me in the few hours it took me to read the film script was unimaginable and I wanted to do whatever I could to help spread her story. Tragedy touches all of us, at some point or another, and it is never welcomed when it does. It’s never easy and it’s never fun, but Carley’s story – the story of her incredible family and friends, taught me that no matter how hard things are you can always find a reason to go on. You can find a reason to smile. You can find hope in your circumstances or find hope for a new one. 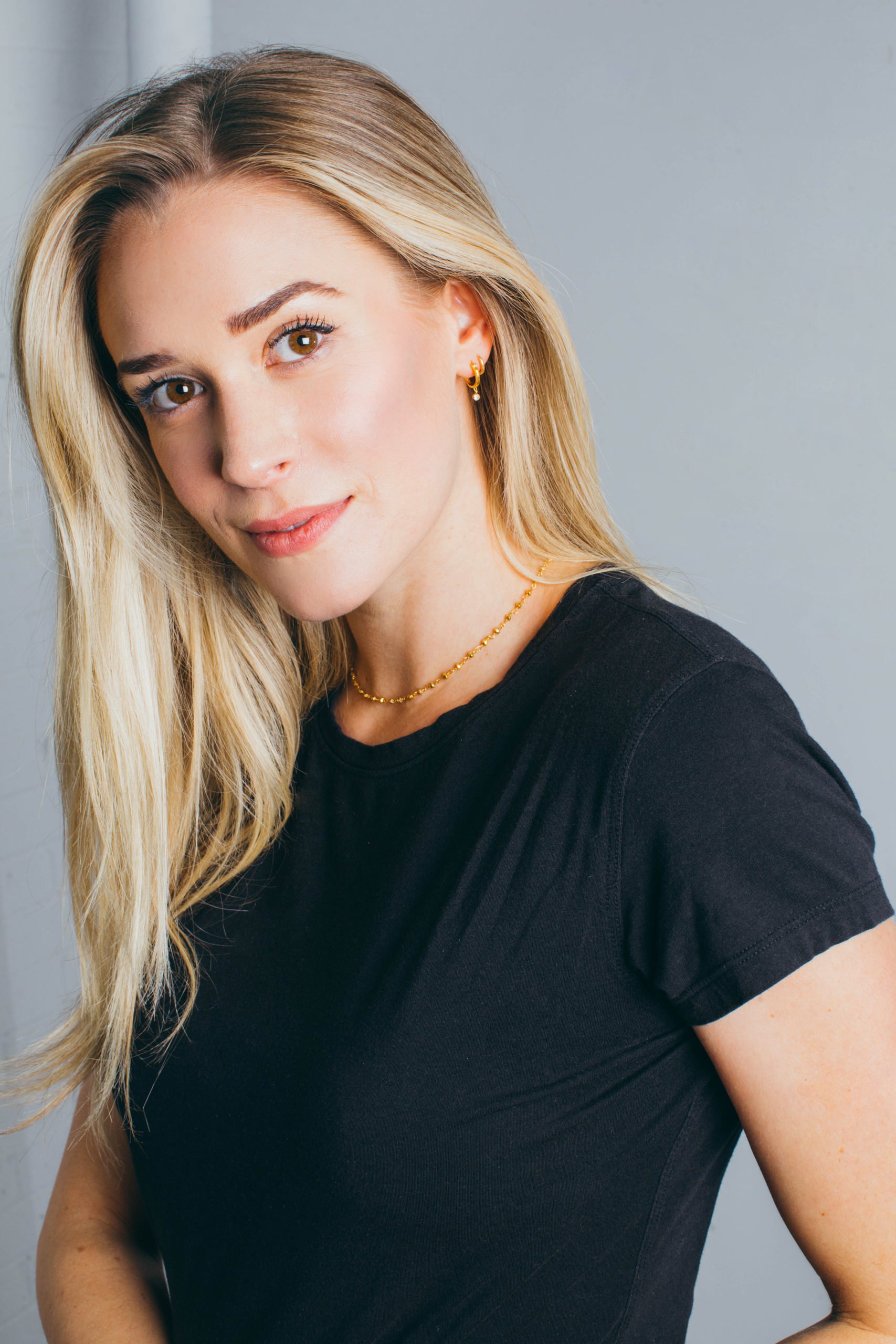 ‘Always Smile’ is a simple concept and although it is sometimes difficult to practice when remembered, it has power beyond its simple definition. ‘Always Smile’ gives you a reason to laugh; it reminds you to pay attention to the things that bring you joy, and it does more for you than focusing on the things that bring you sadness. ‘Always Smile’ says that no matter the circumstances, if you search, you will find a reason to smile. I don’t know that my capacity to ‘Always Smile’ will ever be as strong as the inimitable Carley but just to be able to participate as a small part of her story inspires me to smile, and to be grateful for what I have in the moment. To hold the people I love a little closer and tell them I love them at every opportunity, and that somehow, things will work out the way they’re supposed to.

When my life felt darkest there was still a small light in me that fought to burn. There was still a passion and when you give yourself a fighting chance, sometimes, things work out. Nothing will ever be perfect – it’s simply not possible, but if you can find a way to smile through the imperfections and the challenges, through the dark moments as well as the bright ones, your life will be more beautiful. Life is full of unexpected moments, that much we know, but it’s how you handle them that counts. Carley handled those moments – the dark ones as well the bright, with as many smiles as she could. If there is anything that we can all learn from her, it is that it never hurts to smile. Smiling encourages healing, hope, and love.

I am so grateful for Carley and the impact she and her family have had on my life. Her story reminds me that life can change on a dime and so you must be brave, love with everything you have, and above all else, ‘Always Smile’.