Today i spent the day at Princess Margaret where i met with a team of doctors to develop a plan of action, and i was more then happy with what has been decided today. Although i had a CT scan less the a month ago, the surgeon that was going to be working with me decided he wanted to have a more recent scan. Before they did the CT, a scope was done to take a close look at the tumour. My surgeons eyes widened as he looked down the scope and said “This is much better then what is shown on her CT,” my parents sighed in relief. He informed us that i will have to go upstairs for my CT, then come back down to review it. The CT scan was just as uncomfortable as the first time, the injection tends to give me a major headache. Once that was done we headed to Starbucks to kill some time while they reviewed my new CT. My surgeon came into the room and said “good news, we can remove it.” I had the biggest smile on my face, apparently my first CT showed that my tumour was 5cm, and now it shows a 3.7cm tumour. I never thought in a million years that i would be ecstatic to hear that i had a 3.7cm tumour in my neck, but i am.

The time line is looking a lot better now, previous to today i was being told that i wont be back to my regular self until late august. I refused to believe that, and i guess i was right to ignore it. Today  i was told i should be done treatment by late may! i wanted to jump up and celebrate, but i was still in a little pain from the scope so i stayed in my seat.

My surgeon began to explain what was going to happen during my surgery, it did not sound like it was going to be a simple job. We knew this from the start though, my case is extremely rare and not a simple fix. Regardless, they were going to take the tumour out, and after some time recovering, I will be strong again and ready to start radiation.

As we were leaving my dad pulls his phone out to put in the date for my surgery. he erased “Carley leaves for Grad Trip” and inserted “Carleys Surgery.” Not really the March break i had planned but its what i got, so i gotta embrace it! 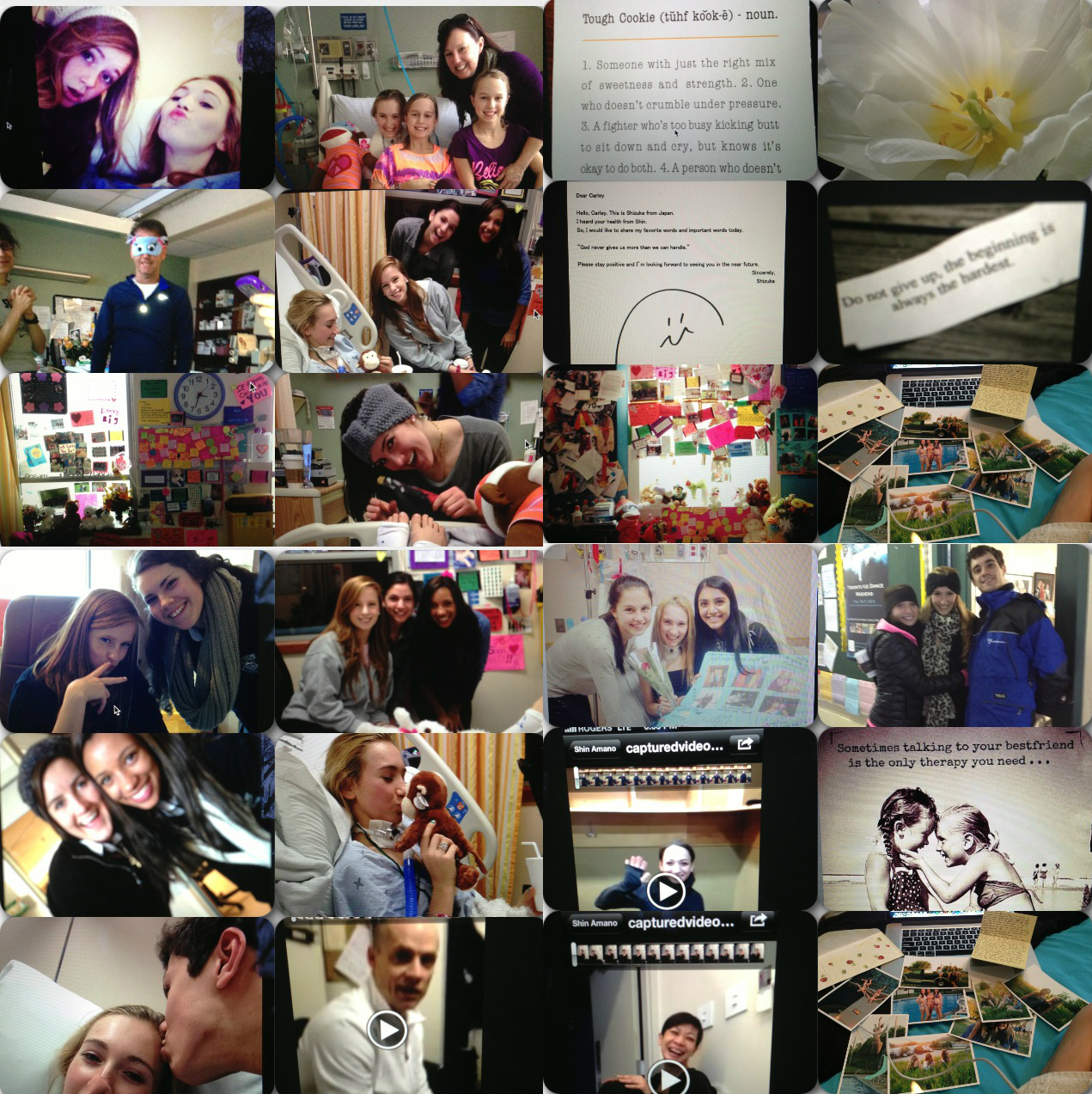