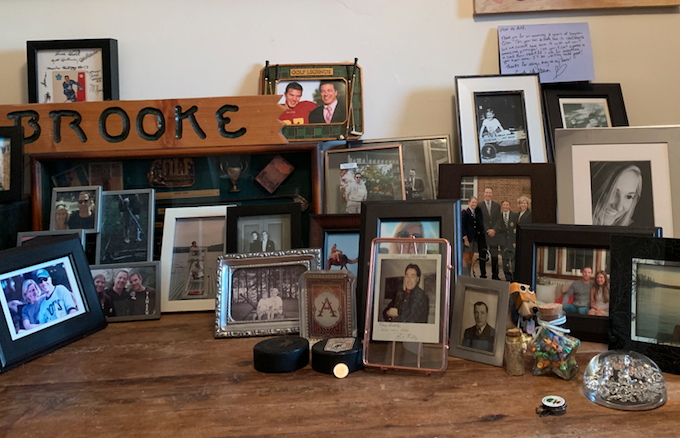 “Those whom the gods love grow young.”

My name is Bryan Auld and I have been asked to be the guest blogger today on Cancer Awareness Day by Riley. Before singing, pun intended, the praises of Carley Elle Allison, I have to thank her incredible sister, who is also the Executive Director of the foundation, for this opportunity, and shower appreciation and praise on her first. It is certainly one thing to run a foundation and work tirelessly on behalf of those who have been touched by cancer. Such commitment is in and of itself both rewarding and emotionally draining. Yet, to do so on behalf of and in the memory of a beloved sibling is remarkably courageous and inspiring. Not that I would expect anything less of an Allison, but it is nonetheless noteworthy and warranting of kudos.

Like so many of us who love and miss Carley, I knew her BC. Before Cancer. I was fortunate to be her high school principal from Grades 10 to 12. From the very first time I met Carley, I knew that she was a remarkable individual. It wasn’t just her athletic prowess on the rink, on a horse or on the lake, nor was it solely her angelic voice. No, there was so much more packed into this petite total-dynamo package that can only be described as presence. Even before her cancer, she was one determined and inspirational individual who worked hard for what mattered and always smiled while getting things done. She was assertive. Whether in a classroom, a rink, a high school auditorium on graduation night, or at the Air Canada Centre at the start of a Leafs game, you knew she was someone to be reckoned with.

Our first serious encounter came about when she sought my assistance in dealing with an issue she was having with another student. She had tried to redirect his awkward and unwanted teenage advances using her charm and kindness, but it seemed that only made matters worse. So, unlike many her age, she went up the food chain and asked for assistance. Though tenaciously independent, she also had the maturity and poise to advocate for herself and seek out others when her efforts hit a roadblock. That conversation led to frequent meetings and check-ins at first, and then heart-to-heart life discussions from the outset of her diagnosis.

Those conversations always included discussions of her health but also my own father’s battle with cancer. Even at her sickest, Carley unfailingly enquired about my family in general and my father in particular. When my father passed away this past June, Carley’s presence and kindness were very much in evidence. The day my father went into hospital, I was the recipient of a Carley dime. It was there on the seat of my car when I got in to drive to the hospital to meet my parents. Though I have received many dimes over the past five years, this one was the most poignant… in that moment, at least. Four days later when my father died, two Carley dimes appeared in the inside-out pocket of a pair of jeans I had checked prior to throwing them in the dryer: the first, no doubt, to tell me she had my back, and the second to underscore her support for me at a difficult time.

Far too soon after my father’s passing, my 29 year-old daughter Brooke was going for some tests to get to the bottom of her on-going migraine headaches. Though no medical cause for her headaches was found, the doctors did have concerns about some abnormalities around her thyroid. More tests ensued and a diagnosis of thyroid cancer was determined. Fortunately, her cancer is nowhere near as rare or formidable an opponent as was Carley’s. But cancer is still cancer and not something you want inside your body. Fortunately, Brooke underwent successful surgery on January 27th and preliminary reports are excellent. Though I cannot be sure — because I do collect my dimes and leave them lying around — I am pretty certain that a new one appeared on my desk the day after Brooke’s diagnosis.

I would love to wrap this post up with a happy ending. We all know that, after a courageous battle disproportionate to her physical size, but more than in keeping with her spiritual presence, Carley succumbed to cancer.  Though the dimes are a wonderful and cherished reminder of her courage and caring, as is my favourite picture of her that sits on my desk at home — the only picture in my collection that is neither a family member or a dog — the reality is that cancer hits us all and hits us hard. And, even though both of those reminders are nice, perhaps the greatest gift that Carley gave me was the gift of her family. I continue to meet regularly with May and Mark for coffee and to catch up, and just before the holidays, I was able to get together with the Allison and Alizadeh sisters for what I hope will become an annual tradition. Though I cannot say if or when cancer will come into my life again, I know for certain that the touch of an angel will always remain with me.

Click through to Learn More about Carley’s Angels, Get Involved, Donate or Shop. All avenues support us as we work to unite traditional and holistic cancer care in hospitals while spreading Carley’s message of “always smile”