Turning challenge into change was one of Carley’s greatest strengths.

This strength is one of many that Tanya CanPrev’s founder and Carley had in common. Today we’d like to share with you a story of a brave young woman who took the hand she was dealt and turned it into hope, so future patients like her would not face the same challenges.

We were first introduced to CanPrev through Carley’s cousin Katrina Allison, a student at the Canadian College of Naturopathic Medicine. Katrina connected us to one of CanPrev’s Naturopathic Doctors Adriana.

We knew when we got on the phone with Adrian and Jenna that they truly believed in our mission of uniting traditional and holistic cancer care in hospitals. After only 30 minutes of conversation they were already coming up with ways they could support us.

Then we told them Carley’s story from start to finish and they were speechless.

Speechless for two reasons. One because Carley’s story and strength generally had that kind of effect on people. Two because their founding story was so similar.

It was after that call that we knew for certain that Canprev was going to be a part of our story!

On March 31st “Always Smile Day” the team at CanPrev shared Carley’s Story. Full Blog Here. They encouraged their followers to participate in the spirit of “Always Smile Day” and thanks to their actions a whole new audience became inspired by our Carley.

Today we share their founder’s story with you! Meet Tanya… 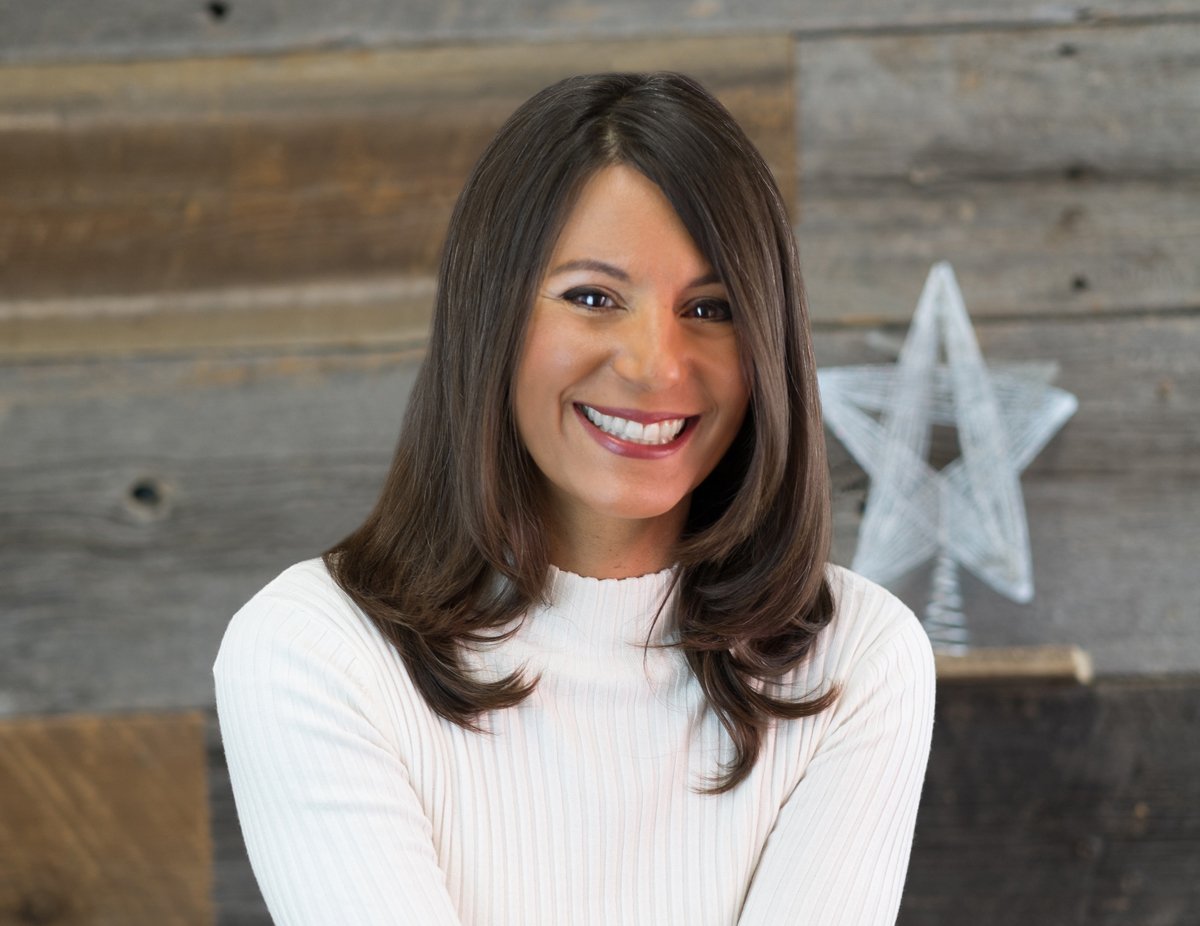 In Tanya’s Own Words

“CanPrev is known for its quality line of comprehensive natural health products, but what many people don’t know is how and why CanPrev started.

I was a 19-year-old business administration student at the University of Toronto’s Scarborough campus when I discovered a hard, pea-sized lump just under the surface of my left breast.

I thought nothing of it until an ultrasound revealed a nodule about the size of a dime. Several doctors assured me I was too young for it to be something as serious as cancer, so I promptly and conveniently forgot about it.

The following spring, the lump had become so painful that I insisted upon its removal. A few days after the surgery I drove myself to the hospital to have the stitches removed. That’s when my surgeon regretfully told me that they didn’t get the entire tumour and another surgery was necessary to remove more of the breast.

Tumour? This was the first time the doctor had even uttered the word.

I clearly recall the river of tears that streamed down my cheeks on what seemed like an endless drive home.

My father was the first to receive the news that his 21-year-old-daughter had breast cancer. I asked him to speak with my surgeon; I still hadn’t grasped the reality of what was really going on. I was dumbfounded that nobody had the decency to tell me the truth about my condition.

I began to realize that listening to my body and taking ownership of my health was crucial.

A second surgery removed the rest of the tumour, more breast tissue and all 13 of my lymph nodes on that side of my body. The row of stitches on the left side of my body was so tight that I couldn’t lift my arm. The procedure was considered successful, but it left me feeling like I’d been scraped clean.

My oncology team formulated a recovery plan comprising chemotherapy, radiation and a pipeline of drugs. I was concerned about the one-size-fits-all approach, especially since there was no metastasis to the armpit nodes.

I contacted the Canadian Cancer Society, and I was connected with survivors who were more than willing to talk about their experiences. The more I learned about the treatments and their side effects, the more insistent my inner voice became: chemotherapy wasn’t the way to go.

I stunned my doctors with my decision. They thought that I should take advantage of every option I had to reduce future risk. The more they pushed, the more I resolved to take ownership of my health.

I was making a well-informed personal decision, and nobody would change my mind.

When I was a child, my father took the family on yearly trips to his homeland, Germany. We would see a homeopathic doctor for checkups and were treated with various remedies. Being exposed to the world of natural medicine had a profound effect on me.

As a young girl, I witnessed time and time again the healing power of the supplements we took. I believe my early experiences with natural medicine put the seed of complementary and alternative medicine in my head, and helped me to recognize that I had options when it came to my health.

In place of chemotherapy, I decided to accept the recommended 25 rounds of radiation. My decision was predicated upon the fact that I didn’t want to risk my general and reproductive health with chemo. I was unmarried at the time, but I knew I wanted to have children someday.

Radiation was brutal and I felt the effects for a full year afterward, but I was grateful for every hour of life. Five years passed. I was considered cured.

In 1996, I met Franco Salituro. It was one of those classic stories where we met, exchanged a few words, and immediately felt a connection. I was drawn to him from day one; intuitively I knew Franco and I would one day make a great entrepreneurial team. Two years later, we were married.

We welcomed a son in 2000, and our daughter followed in 2002. I settled comfortably into motherhood. Franco worked at a secure job, and though we decided I would be a stay-at-home mom, we began to save a little nest egg that we would one day use to start our joint venture.

We were blessed with our small family and the plans we were dreaming up for the future. I was happy. Healthy.

Or so I thought.

In 2003, familiar painful twinges in my left breast stopped me in my tracks. I was devastated because in my heart I knew my cancer had returned. A mammogram confirmed what I’d already suspected.

My surgeon speculated that after having two babies back-to-back, elevated estrogen levels played a role in the recurrence. I opted for a third lumpectomy and, once again, surgery was thought to be successful.

But within a year, the nightmare pains returned and it was almost too much to bear.

Not to worry, there’s a lot of scar tissue and that’s likely causing the pain, I was told. I couldn’t get another MRI since the mammogram came back negative, so I was advised to wait six months, keep an eye on it and then come back. Perhaps there would be something detectable then.

The next six months of stabbing, debilitating pain was rivaled only by the agony of wondering if the cancer was metastasizing. Homeschooling my two children was a welcome distraction, but every day felt like a year.

At the end of my rope, and after a lot of contemplation, I told Franco I’d decided to have a mastectomy. I wanted to make sure the cancer would never come back again. My ever supportive husband said, “Whatever you decide, I’m behind you. I just want you to be well.”

I spent years looking for more natural solutions to reduce my risk. I saw a holistic nutritionist, an iridologist and two Naturopathic Doctors. They were great, but when it came to supplementation, I couldn’t find any in the therapeutic doses I required to restore my energy or take away my chronic sore throat. That’s when the idea came: Franco and I would seek the guidance and counsel of natural health professionals and start our natural health products business.

We would start a company that would educate people about the benefits of natural medicine and bring it to the mainstream. We were going to help people take ownership of their health with safe and effective products – the kind I’d been personally seeking for so long.

In 2005, Franco gave his notice at work, and I said goodbye to my left breast. The surgery was far worse than I had imagined; lymph nodes had grown back and had to be removed. There were staples galore and an uncomfortable drain for over 10 days. But still, CanPrev was becoming a reality. Our dream was coming true…

We launched our first line of therapeutics in January 2006. Slowly and purposefully we grew, carefully assembling the talented group of individuals that comprise the CanPrev family today. And as the company flourished, so did my family, as I gave birth to two more children in 2010 and 2011. I was in my forties by then, and my prayers and dreams had been answered in more ways than one.

I didn’t know it at the time, but having cancer was actually preparing me for a personal and professional journey that would fulfill my life in ways I never thought possible. From something so terrible has come so much good.

In 2015, we marked 10 years of providing quality, comprehensive products that people use to support their health every day. We are grateful for the wonderful results; the daily testimonials of how these natural health products are helping Canadians is humbling.

It’s my hope that CanPrev will continue to educate and bless others with the gift of better health, for many more decades to come.

Yours in good health,

To learn more about Carley’s Angels, Shop, Donate or Get Involved click here.