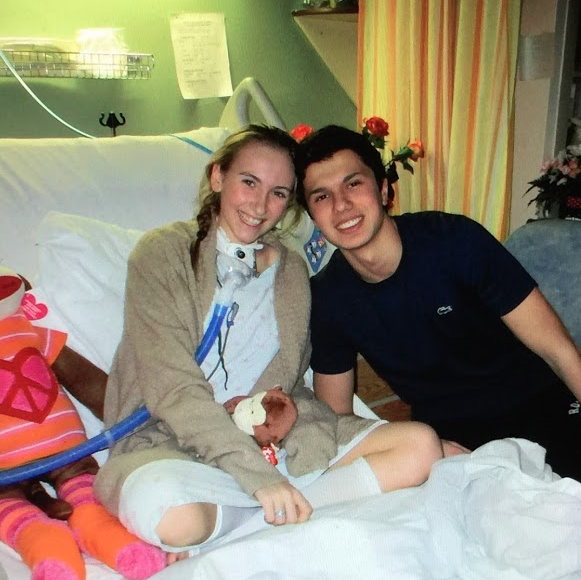 When we were little valentines meant Papa’s Birthday. We called our mum’s dad “papa” and as far as we were concerned he was THE nicest most loving man in the world. So when we were old enough to know what valentine’s day was our mum explained to us that it was also our Papa’s birthday, and to us that made complete sense. Of course, his birthday was on the day of love, all we knew of our Papa was pure undeniable love. What we learnt as we got older was how difficult his life’s journey was.

I think Carley really got this, especially during her battle with cancer.

Our Papa passed away in 2010. He made a mark on the world far beyond what we knew of him. He emigrated to Canada in his teens and quickly got to work, and his legacy left a successful business. But what was most important to him, that could not have been clearer to us, was family. Because above all he always loved. And that is why in our world “Papa” and “Valentine’s day” go hand in hand.

For Car, when she got sick she lost her freedom, the schedule she kept to so tightly was gone in a matter of minutes. Her ability to move gracefully on the ice was stolen. Her voice was taken by the tumour in her trachea. Her social world may as well have been a world away and moving a mile a minute without her. Through the eyes of any teenager her life as she knew it was over. But she, like Papa held one thing above all else, love. And that was out of reach for cancer.

The minute word broke that Car had cancer it became very clear that love would be enough.

Her friends showed up every day, stayed for hours, gossiped, hung out, fed her, painted her nails and simply showered her with love. Our family and extended family did the same bringing inspirational quotes to hang on the wall and tons of food. She was surrounded by love.

But most notably the universe gave her A love, John. (and yes that is the correct time frame, John asked Carley to be his girlfriend after she was diagnosed with cancer)

You can ask any member of our family because we remember that day like it was yesterday. A beautiful young woman walked into the hospital with this handsome young man. We didn’t really know either of them. The woman introduced herself as John’s mum, which was a shock to all of us because she looked like she could be a classmate. John was the young man with her. We had probably met John in passing a few times before but did not know much about him. We were about to learn all we needed to know.

He stayed for 4 hours and hand fed Carley his mum’s homemade pasta. Not your average 17-year-old. And that was our introduction to John, John the angel.

During her battle cancer took a lot from Carley but cancer could not take Love. And John made certain that love was more than enough. #alwayslove

To learn more about the incredible love story between Carley and John we suggest pre-ordering “Always Smile” Here.

Happy Valentine’s day from Carley’s Angels. We hope today you are surrounded and filled with love.